It is impossible to capture the whole life of one person and place it in a form of a performance in two acts – it will never be comprehensive, adequate or satisfactory. However, the language of dance allows one to express without words something that is otherwise intangible. It allows one to reach the core, to discover the essence, to touch substantial, fundamental issues. Having unwavering belief in these principles, I set out on an unusual artistic journey together with Giedrius Kuprevičius.

The artistic legacy of Mikalojus Konstantinas Čiurlionis is unquestioned, astonishing and unique. From the point of view of someone who is creating the spectacle, I still tried to find a different viewing angle. I didn’t need Čiurlionis – the Icon, or Čiurlionis – the Myth. What I was interested in was Čiurlionis – Human Being, made from flesh and blood just as everyone of us; someone who has feelings and a unique perception of the world. What was he thinking of, what was he feeling? What were his inspirations, dreams, hopes? What were the goals, fears, what was he trying to avoid? Eventually, why wasn’t he able to conquer the darkness that was forming clouds over his head? I tried to find the answers to these questions in various traces that he left behind – memoirs, personal correspondence, yellowed photographs, sketches drawn by his own hand. With the help of these details I created my own personalized image of Čiurlionis.

It was an irrevocable process of understanding all motives that were leading him, reasons for making certain decisions – in the end, the knowledge of these issues helped dancers to fully experience and express the characters that were given to them. I tried to convey the authenticity by cleaning up the choreography from accidental, unnecessary gestures or showiness – despite all technical requirements that I present to the dancers, the most important thing is to see a human being on stage, not a dancer.

This production wouldn’t have been possible without the ideas and music of Giedrius Kuprevičius, without the unity between choreography and direction. There wouldn’t be a sense of harmony without a spacious scenography that is connected to the movement, without lights that create moods and atmospheres, or video projection that serves as the main messenger of content and emotional ties. Without these equally important elements, the view wouldn’t be perfected and the story would be incomplete and without context.

Although M. K. Čiurlionis spent many years in Warsaw, growing and maturing as a person and artist, it is a pity that for many people in Poland he is still unfamiliar. He is like an old acquaintance who is quite close to the soul but whose memory was left forgotten due to the passing time. I have major hopes that the birth of this production shall become a possibility to renew the memory of this grand artist and also strengthen the authentic ties between Lithuania and Poland. 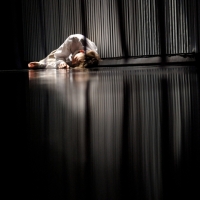 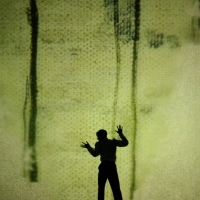 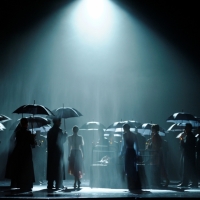 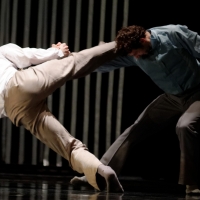 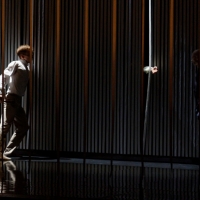 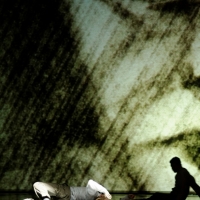 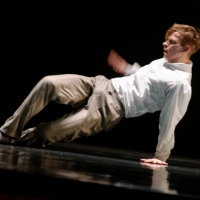 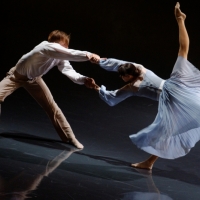 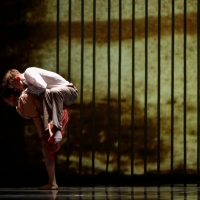 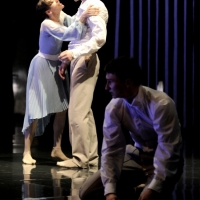 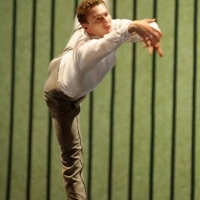 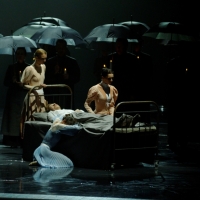 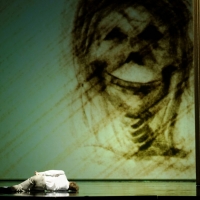 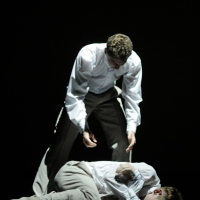 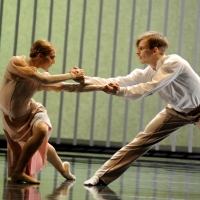 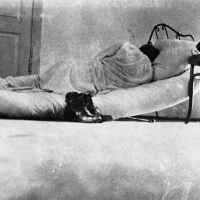